A few weeks back I came across Chymera — a StartUp about Virtual Reality Advertising. Chymera is the brainchild of Sushil Kumar and Smeet Bhatt. Sushil, who is a Computer Engineering graduate from IIT Bombay (2008–12) and also an IIM-A alumni (2012–14), got interested in VR while his stint with Computer Graphics during his engineering days. During his 2nd year at IIM-A he first experienced Oculus Rift and got immensely excited by this new technology.
Virtual Reality is the new sensation now with companies like Google, Facebook, Samsung, Sony, HTC in the VR business. Though the technology is at a very native stage right now and a lot of development is expected in its hardware, content and applications, still there are quite a few early movers in this technology who are taking the risks of investing their time and effort in building this platform.
Currently the cost of producing content, developing and buying VR hardware is on the higher side. But that does not limit the future of VR, or what potential it can hold for marketers and companies.
When I asked Sushil (Founder of Chymera), if he is able to garner any support for something as adventurous and risky as VR advertising. He said that, quite some visionaries have shown their interest and trust in Chymera. Varsha Rao (Ex Global Operations Head of Airbnb, Sequoia Investor), Surojit Chatterjee (Ex Google Mobile Business Team, Senior VP Products of Flipkart), Anupam Mittal (Founder of Shaadi.com, Makaan.com) to name a few.
In a candid conversation with Sushil over morning coffee, we chatted about the future of VR advertising, India as a market and Chymera. Below are some excerpts of the conversation:

Q: How did you start your entrepreneurial journey?

Reply: Well, during my 2nd year at IIM-A, I started a logistics company. It was operational and we were generating sales as well. But we had to shut-down the startup as the team didn’t work out then. I got to experience Oculus Rift for the first time in late 2014 while in IIM-A. I got very interested looking at the technology and considering the possibilities it can have in future. So I and Smeet were having a casual chat about VR and I found him to be equally excited about VR. After some 7 months post my MBA, I and Smeet came together to start Chymera.

Q: Why the name Chymera?

Reply: Actually quite a funny story! We were watching Mission Impossible:2 where they create a deadly virus called Chimera. I somehow found the name interesting and did some research on it. So, Chimera turns out to be a fire-breathing female monster with a lion’s head, a goat’s body, and a serpent’s tail. So we thought of taking up this name for our product as well, as it represents fantasy and scientifically its way futuristic. As the domain name Chimera wasn’t available, so we changed it to Chymera.

Q: What are Chymera’s major milestones till date?

Reply: I and Smeet came together in Jan’2015 to start a venture. So, initially we were not working on VR advertising technology. We did a few other projects in VR technology, which involved making VR models for the Indian Tourism Industry.
Later in the year, Smeet visited a Silicon Valley and studied the VR market in U.S. Smeet stayed there for around 3months and interacted with the thriving VR community. It was during this time that we gained confidence in our idea, as we got to see the enthusiasm and strong community of VR developers, content producers and people in general who are extremely excited about VR at a global level.

In Nov’2015 we launched Chymera — Virtual Reality Advertising Technology. In March’2016 we launched our first product in beta stage. We took feedback from the community and understood that this format of the product will take a lot of effort to integrate with the publishers platform. So we started working on the product in order to make it more flexible and scalable. And in Nov’16 we launched the revised version of the product. 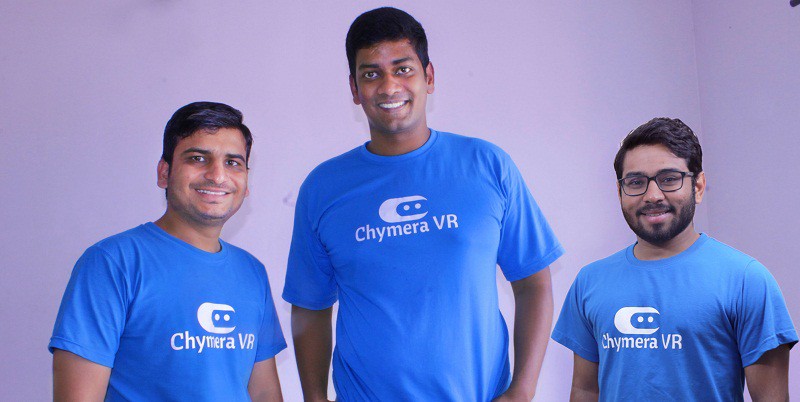 Q: How is the present scenario of VR Technology?

Reply: Globally it is catching up. In the U.S. people are very enthusiastic about this technology. There is an active community of VR enthusiasts, who are majorly content developers, hardware & software developers working on this technology. They even have regular meetups and events on this. China, Japan, Europe are equally promising places to catch up some action. However, this technology is at a very nascent stage and most companies are experimenting with it right now.

Q: How does the future of VR advertising look to you?

Reply: So for any technology platform, advertising is very important. Or else people producing content in these platforms will have to charge the users for using the technology. Imagine if users have to pay for using NewsApps or consuming content on internet, after investing in buying smartphones and laptops. Then obviously the technology & hardware will become useless. It’s the same case with VR.
Right now the cost of producing ad formats in VR medium is pretty expensive. Also ensuring quality consumer experience is extremely critical. But a huge amount of development is expected and is already happening in the entire VR ecosystem — right from infrastructure development to software and content development. So the cost of producing content or ads is expected to come down in future. 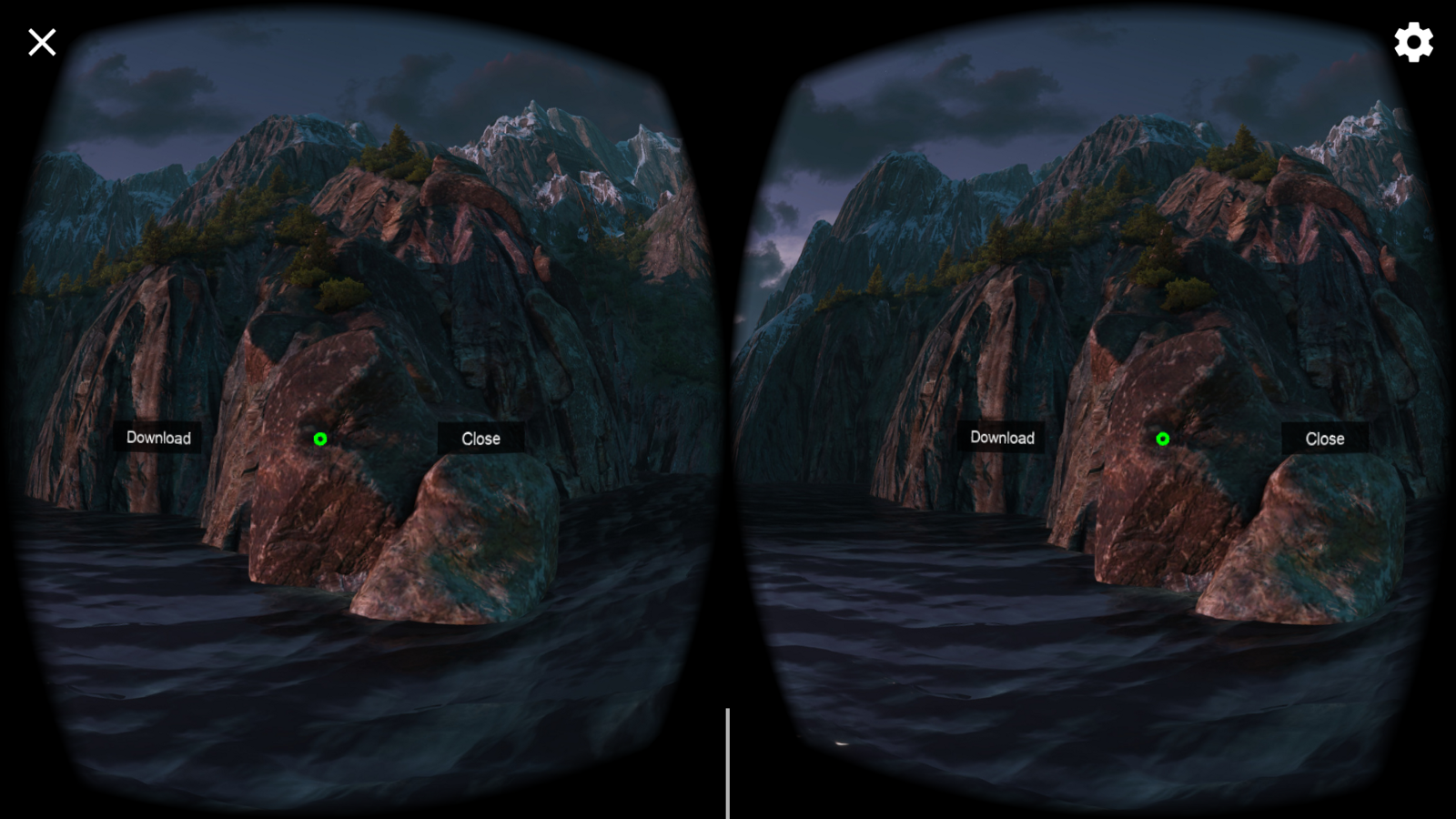 Q: Which geographies are you targeting?

Reply: US and Europe majorly.

Q: How long do you think India will take to catch up with VR?

Reply: The time for adoption of new technologies in India has come down exponentially. So I believe that VR will soon be adopted by companies here, as soon as most of the market leaders start adopting VR. Also creating India specific content is important for easy adoption of the technology.
Sushil and his team are working out of the 91springboard Hub at National Games Village, Bengaluru. 91springboard which is a co-working space, aims to bring along the entrepreneurial community together and create an ecosystem of sharing and togetherness. This got me interested to know about his experience at 91springboard.

Q: So how did co-working come to you?

Reply: Actually I was working out of my friend and Founder of Infurnia, Nikhil Goyal’s office before coming to 91springboard. While working there I realised the hassles Nikhil had to go through in order to manage his office space.
Moreover being a startup, there is no time to waste in day to day management of office. And even keeping a person to handle administration work does not help much, as you still have to get involved in it. So I decided to move into a co-working space, where I can have my peace of mind and focus solely on my work.

Q: How has your experience at 91springboard been so far?

Reply: It’s being quite awesome actually! As I’m more functional, I mostly care if I’m getting the basic amenities in a seamless manner. 91springboard has a cool and carefree work environment, where I don’t have to care about the facilities at all. Apart from that we also have a thriving community at 91springboard, so you get to meet and interact with people from various walks of life.

So this was my conversation with Sushil on VR Advertising. What do you think and feel about VR? Share your comments below.

This post was originally posted here and has been written by our Bangalore Community Manager, Punam Garu.

2 Comments on “A New Star in the Universe of Virtual Reality: A chat with the Founder of Chymera”