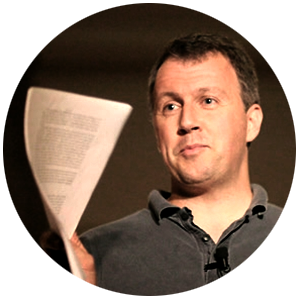 Linkedin
Paul Graham’s essay Mean People Fail followed by the more recent Ronco Principle, in which he expands on the topic, has caused much hand wringing and teeth gnashing in startup circles. While I generally endorse the sentiment (the high incidence of assholes cannot be denied), I think the trend is more important than the current state.

In other words, the important sentence is not this one[/x_text]

In a sufficiently connected and unpredictable world, you can’t seem good without being good.

The penalties for not being good haven’t existed in India until very recently. But both these factors are clearly and demonstrably in play now, even if the penalties aren’t as harsh as in the valley. We don’t have bigger and better assholes in 2015, in fact investor behaviour seems to have improved markedly in the last 2-3 years (fine I’m basing this on stories of questionable veracity from the 2000s, but whatever).

Going back to the two influences PG mentioned.

Connectedness: There are more startups, more meet ups, more coworking spaces, more coffee shops, more accelerators, and more messaging apps now. Even the greenest entrepreneurs quickly meet other founders and get a lay of the land within a couple of months of getting on the fundraising treadmill. Smart investors now know that there are enough people (and bottles of Old Monk) in the ecosystem now for stories to spread. Public opinion already has broad consensus around a few investors and investor groups. The ones with good reputations are much sought after. The ones with more ‘questionable’ reputations don’t see the good deals until everyone else has. Soon they won’t see them at all.

Unpredictability: I think this isn’t a major factor yet, but is becoming one. We just haven’t seen many extreme outcomes. But as the market grows and channels scale, leverage (and therefore unpredictability) is increasing. Already startups hear a lot less “This is stupid and will never work,” and a lot more “It’s a little too early for me, but keep me posted.”

The mature grown-up conclusion to draw here would be things are improving and we should be patient and celebrate the progress we are making. However, the discerning reader would have noticed that things are improving only because we bitch nonstop about the assholes to others. Bitching works! So dosts, spread the word on the good guys, rant about the rest, and remember to tell your friends.