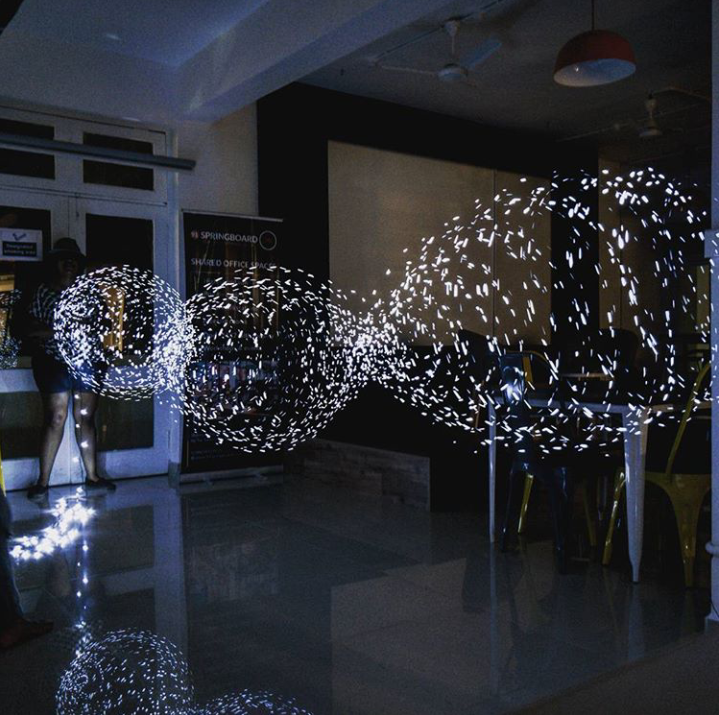 Art and science intersect at 91springboard’s coworking space in Panjim as one of our newest hub’s first members, The Story of Foundation, prepares for a revolutionary and radical new festival that explores The Story of Space.

91springboard’s coworking spaces host tech startups, business entrepreneurs, and freelance professionals from diverse fields. One of the first members to work out of our new coworking hub in Goa was a bit different. The Story Of Foundation is a community of artists, designers, scientists, philosophers, and writers from around the world. After their highly successful Story of Light Festival in 2015, they are back this year with the highly-anticipated Story of Space Festival to be held across Goa’s capital city of Panjim between the 10th and 19th of November, 2017. Working out of 91springboard’s new hub in Panjim, The Story Of Foundation has brought a new dimension of creativity and art to the 91springboard community.

The Story of Space explores the concept of space, in every iteration of that word, through interactions between art, science, and philosophy. The festival will feature installations, workshops, talk, film, panel discussions, audio-visual displays, and live experiences that will explore the space around us, above us, and within us. These various displays and performances will be conducted across the city of Panjim in Goa, with 91springboard hosting a few events as well as the team behind them. It is a unique and inventive new form of storytelling that merges varied and diverse artforms and blurs the boundaries between science and art, abstract and visceral, and cosmic and personal.

The Story of Foundation began in a house in Goa as a platform for people from various disciplines to engage and ideate ways to inform and educate. They believe in the idea of sociocracy, where decisions are taken with the consent of all parties involved rather than by voting or a centralised authority. This ensures that whatever decision is taken by the collective is one that is not against the wishes of any one of its members. Their first major event was the Story of Light Festival, held in Goa in 2015. It was one of India’s first science meets arts festivals, and saw attendances in excess of 15,000 people. For the Story of Space, one can expect even larger numbers, as many people are travelling to Goa from around the world just to attend the festival. 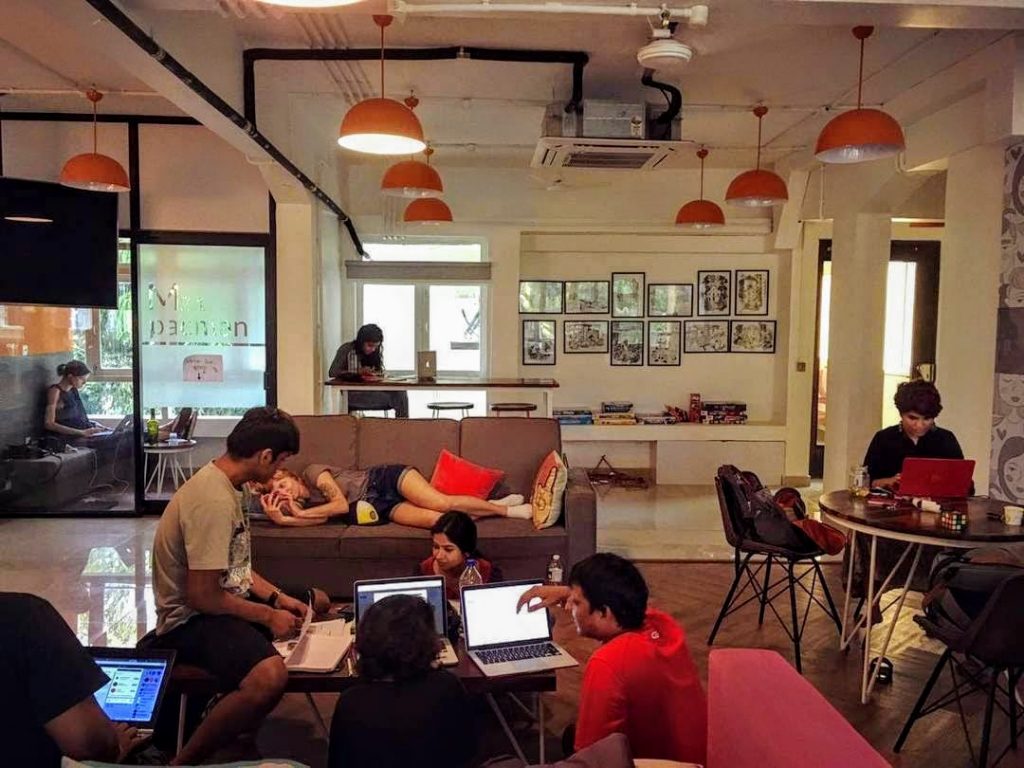 We at 91springboard know a thing or two about space, as India’s largest coworking community, with spaces in 14 Indian cities; our entry to Goa helped give The Story Of Foundation a base from where they could oversee their projects and administrative operations as well as a community space for their artists and volunteers to collaborate, cowork, and create. “Before 91springboard happened to us, we would normally work in groups of 15 to 20 people out of a house or two”, explained Jaya Ramachandani, a science educator and communicator who was one of The Co-Founders of the Story Of Foundation, “but now we have this amazing community space as well as open workstations and private cabins for us to work together in one place. 91springboard has been invaluable to us”.

The Story of Space is a free, public festival of discovery and inquiry. It will be held in various locations around Panjim, Goa (including 91springboard!) between the 10th and 19th of November, 2017. To find out more about their unique team and festival, visit http://www.thestoryof.org

4 Comments on “Telling the Story of Space from 91springboard”