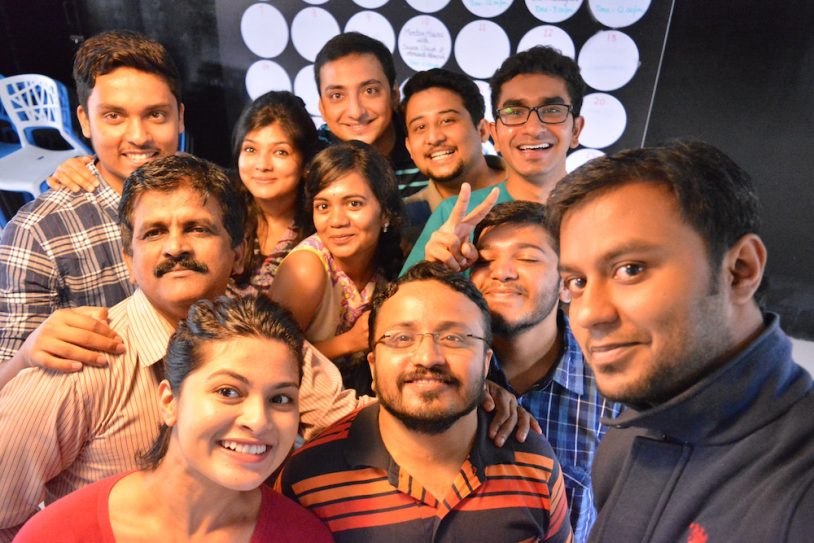 This is written by Sachet Koul, our hub manager in Bangalore. It was sent to his entire team in order for all of them to have aligned goals and be on the same page.

As for the most of you it’s your first/first-startup job, it’s supremely important to realize that fundamentally a startup culture is different from a set-up corporate culture.

Hence I write to you to explain this thick invisible line, which if ignored can land on your blindside and eventually hamper your growth in the organization.

Being part of a startup is like trying to build a bike while riding it. Which typically is what it sounds like, a daunting task. Unless you’re self aware, action oriented, aligned with the values system and love startups; this job will seem like a drag.

Let’s talk about what it takes to make the cut:

1. Asking the question – why not more?

Learning to differentiate between mental blocks and actual real life constraints. Are you stopping yourself because going the extra mile would mean putting yourself out of your comfort zone? If yes, then you need to reflect on your actions and separate the bullshit. Never make excuses for bullshit.

2. Being data (not opinion) driven

True flat hierarchy doesn’t imply that everyone is equal but only puts forward the idea of logic and reasoning triumphing over the fall back lazy option of red tape. When you shoot from the shoulder of facts, lines like ‘do this cause I said so’ don’t hold their ground anymore.

Your team is your second family, when you cower behind ego/ false ideas of grandeur, they can see it. Be as transparent as possible, everyone is human, extending an olive branch to a muffled team mate will take you further than sweeping a confrontation under the carpet.

There is no such thing as over-communication, the more you elaborate the more in-sync the other person will be. Humans being the homo-significans that they are, will find meaning in effort as well, and will reciprocate in time. Find time to say what you really mean but be articulate.

Breaking a few rules once in a while is okay. Systems/processes were made to reach a certain objective/ have better inefficiencies. Whenever in doubt always remember objective > process.

5. Hire for the company, not for the job

Some of you will get the opportunity to bring in new people into this organization, when you do always remember that when you hire someone who is aligned towards the company (Company is nothing but a bunch of people working towards a common goal) they will still be a fit even when their job becomes redundant.

The team culture dictates you to dream up stuff that you’d love to do. The only catch being it should be aligned to the company’s overarching goal.

When making a decision on behalf of the company, always keep yourself in the member’s shoes and then think, ‘will this be in the interest of the member’ or is it something that aligns with my personal goals.

8. When you create value for your customers, money follows automatically.

These values are not just words, but the operating system of your profession. I hope you build on top of these and come up with your objective truths in time.