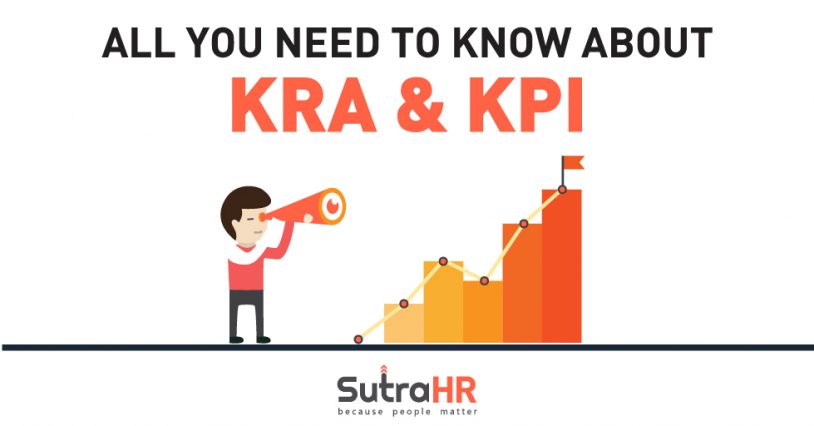 Correlations between employee satisfaction and productivity weren’t established until the 1900s. After Elton Mayo measured the relationship between productivity and the work environment in 1920, the government also contributed to improving employee satisfaction in 1950. The Performance Rating Act and Incentive Awards Act were introduced by them. Aubrey Daniels was the one to coin the term ‘performance management’ a couple of decades after that. After a series of evolutionary steps, performance management finally came online in the 2000s.

Performance management can get complicated. A list of things need to be kept in mind while reviewing an employee’s performance and providing feedback. For this reason, KRAs and KPIs are designed for every employee to measure their performance in a mannerly form. Here’s what you need to know about what is KRA & KPI and how to write KRAs & KPIs.

KRA, or Key Responsibility Areas, are based on the job description of a person and are used when assigning tasks that they are expected to perform. Employees are solely responsible for the specific KRAs assigned to them. KRAs are a larger goal. For example, as a content writer, your KRA would be to produce content that performs and ranks well.

KPIs, or Key Performance Indicators, are a subset of KRAs. This would mean that a person’s performance would be measured based on the results shown. KPIs can be exactly measured. Following up to the previous example, a content writer’s KPI would be when a particular feature or article about their company ranks in the top 3 search results. If you offer coworking spaces, your KPI would be your space showing up in the top 3 results for something like “coworking spaces in Mumbai”.

How to write KRAs?

Timely reviews can help in improving an employee’s performance. The shorter the period between reviews, the better it is. Performance reviews and generally conducted on a monthly, quarterly, half-yearly, or annual basis, based on the company policy. Keeping track of every employee’s review cycle can be tricky. Managing these via email and setting reminders are time consuming, and can result in complications.

This was blog post was written by Ankkita Chauhan and was originally posted on the SumHR blog.