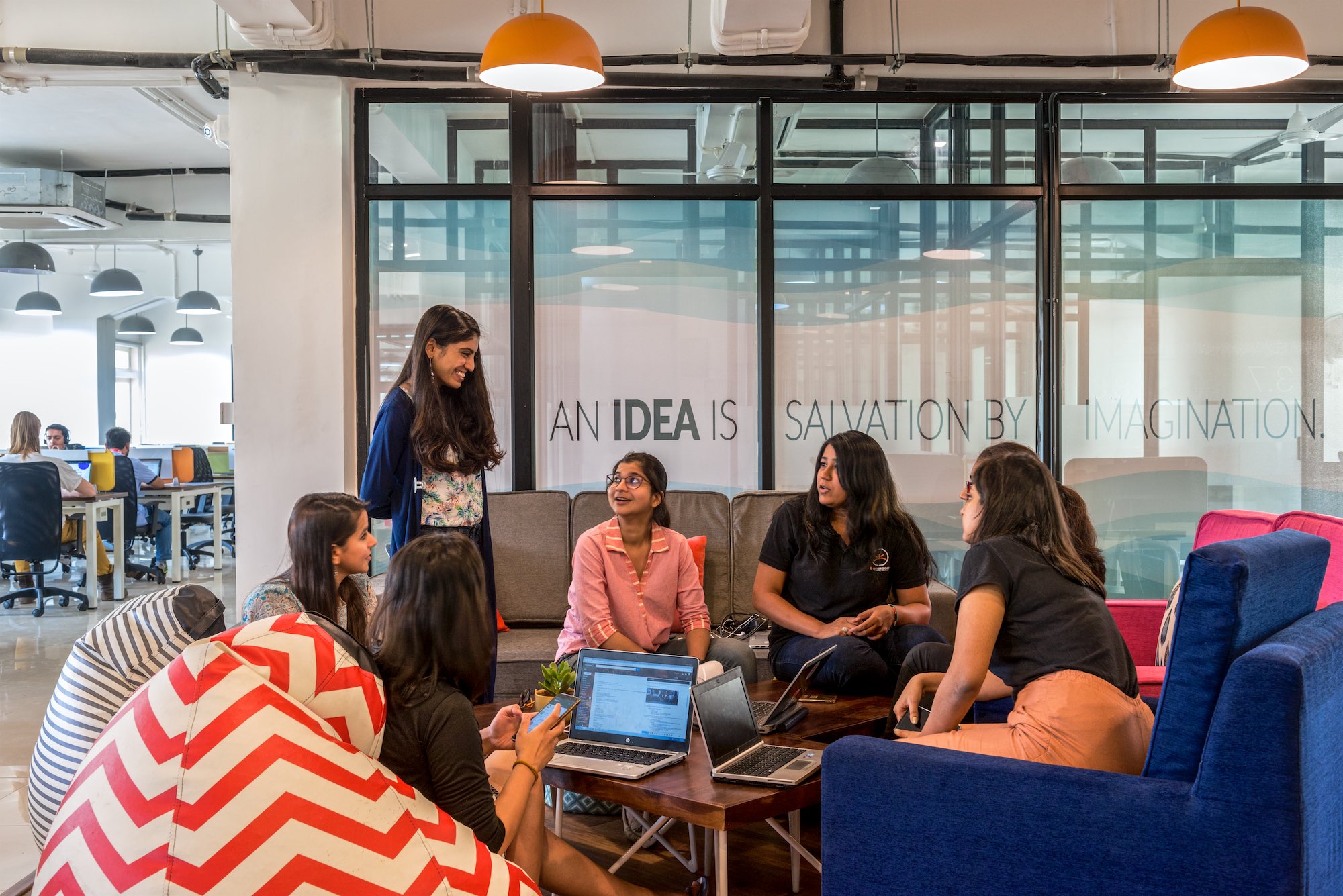 After being sidelined for most of human history, the last few decades have seen women finally start to receive due credit for their skills and competencies in business, entrepreneurship, and leadership. While there has been a lot of progress, with more being made with every passing year, the situation is still far from resolved. Women still have to encounter challenges and roadblocks in the workplace that hamper their ability to maximize their potential; challenges that, on average, are not faced by their male peers, and roadblocks that exist solely because they are women. This issue is a complex and nuanced one, and highlighting all the problems experienced by women in the workplace, both overt and subtle, would fill a couple of decently-sized books. This is because the issues faced by women at work are closely related to the issues women experience elsewhere in society, and while offices and office space providers might do their very best to level the playing field while at work, true equality will only come about when women are given their due across all spaces in society. Here, we will look at two major phenomena that limit the growth and subsequent legacy of women professionals and leaders in the corporate world, namely, the glass ceiling and the glass cliff.

The concept of the glass ceiling has been noted informally for decades, ever since women professionals were first given the opportunity to work and grow their careers alongside men. It was observed that while many women rose up the ranks of the corporate world, there appeared to be a disproportionate number of them whose careers seemed to stall once they reached middle management, as upper management and leadership roles still remained an almost exclusively male dominion. The phrase glass ceiling has been in use since the late 1970s, but became embedded in the popular imagination of the business world in general after the Wall Street Journal published a special report cover story on March 24, 1986 under the headline ‘The Corporate Woman’. The report, The Glass Ceiling: Why Women Can’t Seem to Break The Invisible Barrier That Blocks Them From the Top Jobs, was the first instance of a major global publication acknowledging and highlighting the problem, and led to an investigation by the United States government’s Department of Labor. Since then, the issue of insufficient representation for women in top corporate boardrooms across the world has been at the forefront of discussions on gender equality and some action has been taken. But parity is still a long distance away.

India has seen some traction lately towards enabling greater gender equality at the workplace, and numerous examples are abound of successful women entrepreneurs and business leaders. However, to assume that this indicates that gender equality exists in the domain of corporate India is to make a elementary and very common error. The root of many social misconceptions is that people tend to assume that the existence of a few successful and wealthy people from a historically marginalized group is proof that the rest of that community does not face challenges, segregation, and discrimination elsewhere. This is, of course, not true. Just because Kiran Mazumdar-Shaw or Chanda Kochhar have achieved extraordinary success in the professional lives does not mean that women across India are now accorded with the same opportunities for career growth as men. According to The Companies Act of 2013 and SEBI, it is compulsory for all companies on the Bombay Stock Exchange to have at least one woman on their board of directors. Four years later, a quarter of these companies still did not have a single woman on their boards. Indeed, the total number of women directors across Indian boardrooms is an abysmal 7%. In comparison, the country that comes closest to gender equality is Norway, where 40% of company directors are women. Similarly in entrepreneurship, only 9% of startup founders in India are women (we at 91springboard have better numbers at our hubs, where roughly 30% of startup founders in our community are women). Yet, women today make up more 28% of the workforce in India, which means that men are three times more likely to be in a leadership position at an Indian company than women, which is a gross injustice. 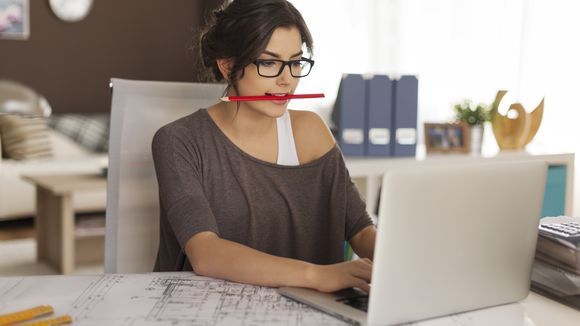 The glass cliff is a more recent phenomenon, one that belies the idea that we can say we are in an era of gender equality because more women are being appointed to top leadership roles in major corporations. Coined in 2004, the glass cliff describes a tendency for corporations (and, based on later research, governments and law firms) to appoint women to leadership roles following an extended period of poor performance. Thus, when these women are unable to sufficiently stem the decline of the company (or firm or political party), they are effectively made scapegoats. One of the ideas put forth to explain the glass cliff is that companies are elevating women professionals to positions of authority simply because they have mandated to do so by government policies, and these gestures does not address the underlying sexism that led to under-representation in the first place. Thus, these women leaders are generally seen as expendable and are the first to be sacrificed when the company undergoes a difficult time. Another potential cause is that men are less likely to accept the responsibility of leading a company when it is suffering a downturn while women are more likely to accept, seeing it as their “only chance”.

Examples of such glass cliffs include Lucent Technologies, where they appointed Patricia Russo as CEO in 2002, when the telecommunications giant was suffering a serious slump in returns. After suffering losses for 3 years and a series of systematic expenditure reductions, many of which were very unpopular, Russo brought the company back to profitability in 2006. She was then replaced by a man, Ben Verwaaye. Of course, the glass cliff is not a universal phenomenon and there are instances of companies where women turn defeat into victory often rewarding them for their efforts. Indra Nooyi started as the CFO of PepsiCo in 2001 before becoming CEO in 2006, handling both responsibilities at one point. During her tenure, the company’s annual net profits grew from over $2 billion to nearly $7 billion. She was made Chairperson of the Board of Directors and is currently prominently featured in the list of most powerful women in the world, with an annual salary exceeding $30 million.

The glass ceiling and glass cliff are but two examples of the systemic problems that women face in the modern workplace. Sexism as an overt, ugly phenomenon where women are directly denigrated and denied might have disappeared in the modern global economy, a statement that in itself is not entirely true but let’s be charitable; however it still exists in a more underhanded and sneaky form, where it isolates and compartmentalized women into business ghettos, holding them back through more nefarious means from truly achieving their full potential. However, the pushback against this more subtle sexism is alive and strong, and gaining in strength with each passing year. As more women carve out a path for themselves and blaze trails for their careers, they open up avenues for young women professionals who can follow in their path and create their own unique roadmaps to success. For all the challenges women professionals face, they refuse to back down or be browbeaten into accepting a substandard substitute for their ambitions. And this is a positive for everyone, men and women.

The global economy loses the potential of billions of dollars due to women not being given the same opportunities for success and failure that men receive. Antiquated notions of men and women possessing inherently different skill-sets have been conclusively proven to be bunk and as more male-dominated fields see women excelling in them, it is every individual’s responsibility to help enable an environment where it is the merit and capacity for hard work that an individual possesses that will dictate the way they move onward and upward towards a brighter future for all of us. A future that is feminine.