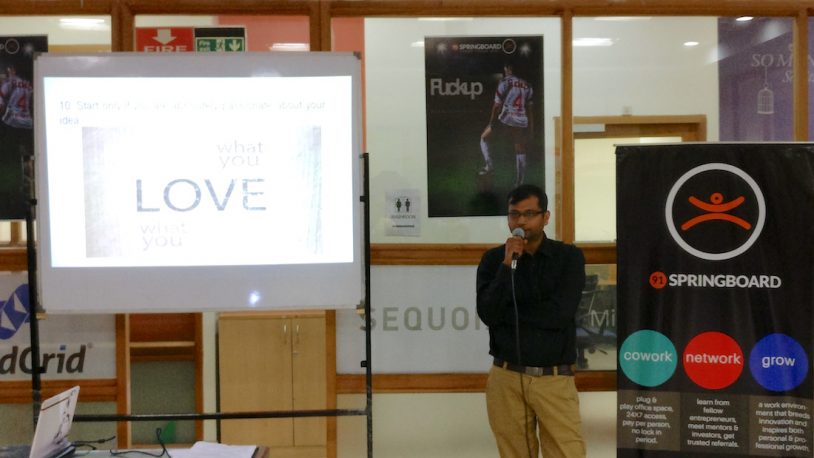 In this post we will go ahead and talk about the various fuck ups and learnings from Mr. Chandan Gupta, who is currently a Sr. Director at Snapdeal, a company valued at $6.5 Billion as of February, 2016.
Mr. Gupta is an introvert and a techie at heart and has had his fair share of fuck ups which have got him to the illustrious position he holds at one of India’s premier unicorns. So, let’s take a closer look at the path Mr. Chandan Gupta took to get where he is today.

His first big fuck up was that he wanted to create a company all by himself. What this means is he did the following things that did not help his cause at all:

He built his MVP with Rs. 3 lacs and had absolutely no idea what to do with the seed funding he got. His various learnings from this were:

Another major fuck up on Mr. Gupta’s part was that he wasn’t passionate enough to solve the problem that his product promised to solve. His learnings from this problem were:

These were all the fuckups and learnings Mr. Chandan Gupta went through on his way to becoming a Sr. Director at Snapdeal. As they say, even if it’s a rose strewn path, it’s bound to have it’s fair share of thorns along the way.
This was part – II of our Fuck Up Nights blog series. Check out part III which features fuck ups and learnings from the co-founder of the very popular chain of chai shops, Chaayos.
We have many such events that take place at our various hubs across the country. Do have a look at our events calendar to see which events would be of interest to you.