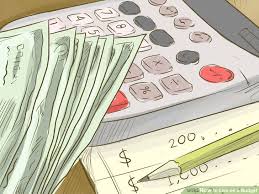 With the impact of demonetisation looming over our heads, everyone was highly anticipating what the budget this year would have in store for us all. Would it be a populist one or would it be more in line with the Government’s vision? Well, tensions were running high and Finance Minister Arun Jaitley finally spilt the beans earlier this month.

So, let’s look at the policies and changes that will have a direct impact on the Indian startup ecosystem:

What we thought the Government could’ve done better:

We were definitely very happy about a few of the benefits; the reduction of the Corporate Tax to 25% being a major one. We feel that the announcements in this year’s Budget definitely do help. However, they certainly aren’t transformative and probably won’t lead to any kind of an exponential impact. Staying true to their Digital India drive, this year’s budget is a technology centric one which gives priority to the digital economy. For example, the Bharat net project, where the Government will spend around 10,000 Cr in order to providing high speed internet and WiFi hotspots in rural areas. This will indirectly boost digitalization and better access to internet based services in these areas. Another big announcement was the creation of a innovation fund for secondary education in order to boost local innovation. These two points will not directly impact startups but they will definitely play a major role in fostering more entrepreneurs across the country.