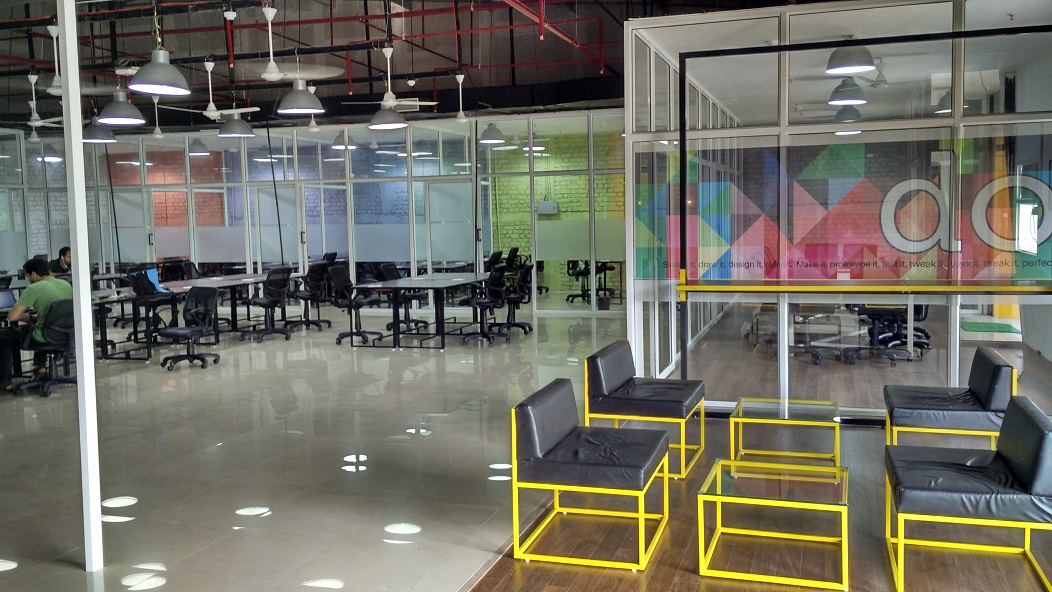 They say that the essence of a story is in its end, but this is a story that’s all about the beginning. It’s about a launch of a super cool ‘space’ with a lot of ‘firsts’ associated with it. This story is of a team of undying spirits, of not knowing that ‘failing’ was ever an option. This is the story of exactly how our Navi Mumbai hub was launched on the 22nd of August 2015.

The hub is in a somewhat ‘remote’ location. Some said it was a gamble, some said it was an absolute formula for failure, some went to the extent of saying we only opted for it because it gave us an entry into Mumbai (although Mumbai as we all know is no where close to Navi Mumbai)!

In preparation of the launch and with an aim to have a space with actual people other than just tables and chairs we started the ‘free trial week’ pre bookings.

Excitement knew no bounds when email IDs actually started appearing on the google sheet. We did our regular follow ups and had anticipated about 40 people to become members within the first week. To be fair, our first member did sign up within the first week, but we were still waiting for the others to turn up. Reality hit us when we slowly realized most leads on the google sheet had ended up having ‘Not picking up” or ‘Will come next week’ or ‘Too far’ written next to them.

Believe it or not we are still waiting for a few of those prospects to come try us out.

Soon the first day turned into the first month. It was a new market, the traditional means of marketing weren’t working for us and the ‘local’ team was not local enough to know the perception of the area. A number of problems stared us in the face –

• Remote location,
• Lack of public transport,
• Lack of any signs of life around the hub,
• Newness of the ‘coworking’ concept,
• Difficulty in making the space visible,
• Explaining community without having any community,
• No food or hangout joints in the immediate area,
• No safety on the access roads, and finally
• Are there even any startups in Navi Mumbai?!

We’d been told that there’s always a tipping point in the growth of these things. That once we hit this tipping point, we’d have a real community, that it would take on a life of it’s own and grow organically. Yet 2 months had passed by and we were only 6 members strong, out of a capacity of 106.

It takes x amount of time for the word to spread, for people to make up their mind, for things to click, so we told ourselves a dull phase for a long time means things will boom any minute. There was only a small glitch, we didnt know when the ‘booming’ would start. We were still explaining community to prospects with only six people in the hub.

In the first three months our strategy was to establish our visibility in Mumbai/Navi Mumbai. Holding as many events as possible meant more visitors, being an outreach partner meant our logo on more creatives, attending a number of events meant more people met us and recognized us. On the side we started experiments / analyses / changes on the marketing front:
• Facebook, SEM, SEO,
• Aggregator site listings,
• Just Dial,
• Broker network,
• Educational institute tie ups,
• Comparison of competition,
• Cost analysis of the area,
• Scanning of relevant ‘crowd’ in the area,
• Mapping the stage of startups in the area,
• Identifying and putting up signage’s in the most crucial areas,
• Getting the access road lit up with street lights,
• Identifying last mile connectivity – shuttle, on call auto guys etc

‘Our market’ is only Navi Mumbai, not Mumbai, not Thane, not Pune, not Powai, not even Ghatkopar which is ‘quite close’. A 10 km radius was a stretch but that is about as far as people will ever come from. Similarly, only people with their own transport will come.

New startups (which are the majority in this area) will not come even if they have one team member without a car, let alone if that one person is a female.

Brokers do not see the light in suggesting coworking spaces to people looking for office spaces.
Most importantly – single seats in the open area were easier to pitch but these were single entrepreneurs, freelancers, students who were looking for a short term fix.

Our location was considered ‘too far’ and the cost (especially for cabins) felt a bit steep.

So, we launched into an in depth analysis of the 250 leads we had in our pipeline, gave the forgotten ones a call (realized how important nurturing of leads is and how we should never never never forget a ‘lead’), segregated them on the basis of their reason for not joining us. It turned out that:

Almost 50% of the lost leads were lost due to the last mile connectivity challenge.

80% of the qualified leads that weren’t lost yet but were just unsure because of the same challenge and 75% of the leads looking for a private cabin did not join because they found the pricing too high.

Analysis of the ‘alternatives’ that people opt for instead of our private cabins revealed that people tend to hire small office spaces and fit a lot more people than what we were allowing. This meant that on an average, teams were spending much lesser than they would in our private cabins.

The data did it’s job. We reduced the pricing, became a bit more flexible and allowed teams to ‘fit in’ more people in the private cabins, solved the last mile connectivity with a shuttle and went about telling people about it.

Around this same time we got lucky with some encouraging news, A large conglomerate had taken up both the warehouses in the area and were going to setup an assembly unit hiring about 2000 people! 2000 people itself was a big plus for us but the pluses didn’t stop there, they were beautifying the area, trucks that were parked on either sides of the access road were to go, road widening work was to start and the compound itself was going to get a makeover. Whats more, they were also taking a 6 member cabin with us! 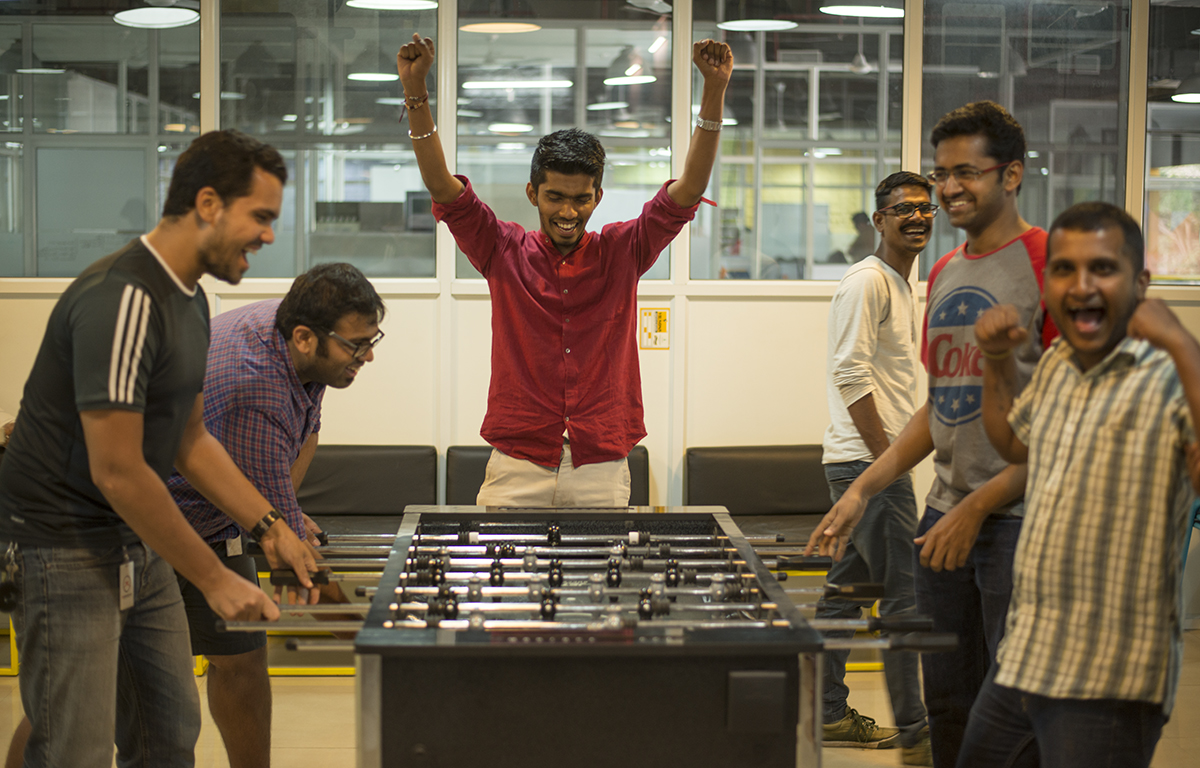 These changes did wonders. On Jan 1 2016 alone we onboarded 6-8 members and it has not stopped ever since.

In the first week of Jan we were at 27 members and on 7th March we touched 51 members. It is milestone for the entire organization, I know there were times when the option of ‘if it doesn’t work we’ll shut down’ crossed people’s minds but our tipping point finally arrived! Our Navi Mumbai hub was launched on 22nd Aug 2015 and it was only the end of its beginning, it took us 6 months and 12 days to half fill the hub, in the most non-ideal situations!

I know that this is not when we sit back and relax, this is in fact when we sit back, pat ourselves on the back and then double up our efforts to maintain the momentum that took 6 months to build. But I do know that if any of this was even remotely possible, it wasn’t because the local team is some wonder, it wasn’t because our core team is full of superstars, it was because we as an organization are believers. We are an organization that gets shit done and makes miracles happen. We are trend setters and community builders, we did it 6 times, we will do it 600 times more!

We know that saying things like keep your chin up and your head high are easier said than done, but this story clearly demonstrates how hard work and persistance go a long way. As the age old saying goes “When the going gets, the tough get going.”

2 Comments on “50 Member Story: How We Conquered Navi Mumbai”