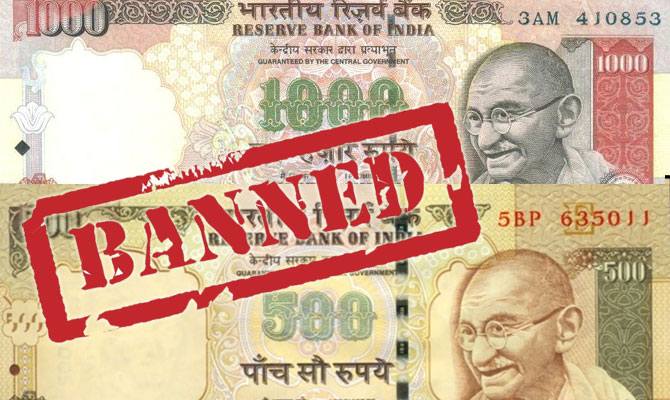 So, we needn’t mention how much people have been talking about our honorable Prime Minister’s big announcement yesterday and how big and bold a move this was in the direction of making India a corruption free nation. Social media has ensured that our newsfeeds are overflowing with armchair activists giving their two cents on the move and how they think it’s going to impact our nation. Some people think it’s a masterstroke that will make even the biggest of haters crossover and some think it’s a harsh move keeping in mind how hard it will hit the lower strata of society. Be what it may, we have our own two-cents on how this move is going to affect the Indian startup ecosystem. (Disclaimer: they’re all positive) So, let’s get right into it:

1. The fact that now money will become formal and white will give rise to a greater number of electronic transactions. Startups will find it easier to collect and pay money, be it startups who run on an aggregation model or ones that run on a delivery model. For example, if we talk about the e-commerce sector, the Government is encouraging people to use electronic modes of payment instead of COD. This isn’t the startups encouraging customers to do so but the Government who’s encouraging everybody to do so. Why do cash payments when you can just do it all electronically? This will lead to a huge improvement in the sector.

2. Imagine startups who earlier weren’t able to collect money from people because they did not want to collect cash payments but were forced to, or else they wouldn’t get paid at all. This move really makes their life a lot easier. Startups who wanted to issue bills and not accept cash payments would find themselves in a pickle when faced with clients who would insist on cash payments. One element is the transactional element and the other is to deal with the black economy, which startups will not have to bother about dealing with anymore. So, founders who are simple, straight shooters who were earlier forced to deal with crooked touts, needn’t worry about that anymore.

3. This greatly levels the playing field. As, people who were in businesses/sectors where they were forced to deal with people who were politically connected and so on, can finally breathe a sigh of relief as they will not have to do so anymore, as corruption as a whole will go down.

4. Black money and cash money is something that couldn’t go into startups as investments. Now, with more money coming into the formal economy people will start looking at more avenues of investment and this would greatly help startups who are seeking funding (which is pretty much every startup).

5. People will be forced to adopt tech. We know people have been up in arms talking about how will the lower strata of society survive and how it’s a very bad move for people who aren’t well off as they usually tend to do all their transactions purely in cash. For example, how is a farmer supposed to go to a bank that’s 10 km’s away from his home in order to make a transaction is a question that’s ben widely asked? Well, what people don’t realise is that the farmer anyway travels the same distance if not more in order to go buy utensils and other such things from the market. So it’s not like he’s never travelled to far off distances. The reason he never went to the bank earlier was because he had no incentive to do so. He was much happier being a part of the cash economy and keeping all his notes tucked safely below his bed at home. However, that isn’t going to be the case anymore. He is now forced by the government to go visit the bank and create an account and deposit all his money in there. It may be painful initially but he himself will eventually realise that this is a better system as he doesn’t have to worry about his home getting robbed and losing every dime he has. Similarly, when he has a bank account and starts transacting with it, he’ll get more formal credit. It’s not very far fetched to imagine that if the farmer starts receiving SMS’s from the bank, he’ll start using SMS’s more. Basically what we’re trying to say is this will lead to even farmers adapting to technology better and more rapidly because the Government requires them to.

These are the five ways in which we think this move will affect the startup ecosystem in India and to be honest, we’re extremely excited to see how it all plays out. If you have any other impact points that we may have missed out on, do write them down in the comments below.