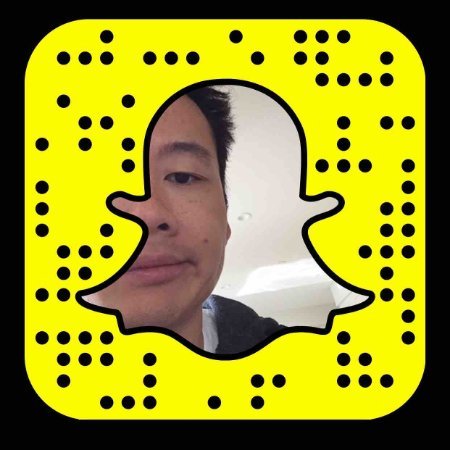 Linkedin
The story of an intriguing new social network that suddenly appears on the scene and takes a niche audience by storm. The users absolutely love it and cant get enough of it but most others have no clue how it works. Sound familiar? Well, this was what happened to Twitter back in 2008 and it’s exactly what’s happening to Snapchat as we speak. So, if you’re one of those people who think Snapchat is just a sexting app, think again!

Snapchat is having its breakthrough moment and brands are flocking to it as it’s a new way to generate engaging new content and connect with people. Here are a few stats that will give you a better idea of what we’re talking about:
• Snapchat has more users than Twitter, Pinterest and Linkedin
• Snapchat has grown more in one year than Twitter has in the last four
• Users spend 25-30 minutes a day on Snapchat
• Snapchat’s video views are above 10 billion a day

So much so that even venture capitalists are getting in on the action and using Snapchat as a platform to engage with the entrepreneurial community. They’re talking about everything from tips, tricks and hacks to asking people to send them their pitch on Snapchat. So, we thought we’d compile a list of VC’s you must follow on Snapchat because well, we’re sweet like that!

1. Gary Vaynerchuk (@GaryVee) runs VaynerMedia, one of the world’s hottest digital agencies. He is a prolific VC and has invested in the likes of Facebook, Twitter, Tumblr, Uber, Snapchat and Birscbox. He has also co-founded VaynerRSE, a $25M investment fund.

2.Justin Kan (@justinkan) is the founder of Y Combinator and The Artist Union. He has also founded Justin.tv and Twich among other things and is also known as the “Snap God”. His snaps are like a real life version of the popular TV Show, Silicon Valley. A quick look at his Snap Story and you just might find him zooming around on a hoverboard while reading applications for his startup accelarator, Y Combinator.

3. Adam Besvinick (@besvinick) is a VC at Deep Fork Capital. He used to work at Wanelo and Lowercase Capital. He is also an alumni at Harvard Business School and Duke University.

4. David Ambrose (@daveambrose) is a New York based venture capitalist at Steadfast Venture Capital. He used to be Mobile + Social lead at TravelZoo and also organizes Hackers & Founders.

5. Chris Sacca (@csacca) is a well-known venture capitalist in Silicon Valley with an amazing track record of seed round investments. His portfolio includes investments in companies such as Twitter, Uber, Instagram and Kickstarter.

6. Matt Mazzeo (@mmazzeo) is partners with Chris Sacca at Lowercase Capital and has portfolio companies such as Uber, Twitter, Stripe, and Optimizely. Previously, Matt was a part of the digital and venture efforts at Creative Artists Agency. His snaps focus on his adventures as a VC and show the fun he has throughout the day.

7.M.G. Siegler (@mgsiegler) is a general partner at GV (formerly known as Google Ventures) and currently resides in Europe. Due to this, most of his snaps are from his travels. He is an investor in a bunch of companies, some of which include Medium, Slack and Digit.

8. Mark Suster (@msuster) is a VC at Upfront Ventures. His snaps usually deliver a ton of value as they are geared towards the reality of being a VC and the lessons learned from the life of an entrepreneur.

9. Jason Calacanis (@jasoncalacanis) is a prolific angel investor and entrepreneur. He is currently the CEO of Inside.com and also organises the Launch Festival and Thisweekin.com. Jason is also an angel investor in over 60 companies, including Uber, 15Five, Tumblr, SpaceMoney, and AdStage.

10. Tiffany Zhong (@tzhong) is a VC at Binary Capital. She previously worked with Product Hunt and is always encouraging budding entrepreneurs to send her pitches via Snapchat. Did we mention she’s 19 years old?

As great a step as this is for the global entrepreneurial ecosystem, we’re sad to see no Indian VC’s on this list. So, a shout out to all Indian VC’s, you don’t want to miss out on this exciting new channel to connect with entrepreneurs in India.